Things to do Before you turn 30: Try out a makeover!~ 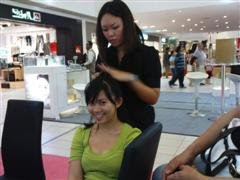 I was obviously been influenced by a colleague to GO for a Shiseido makeover at queensbay mall after work.
Obviously, I wore the wrong top.
It was bright apple green... :-S
But nevermind, it was something impromptu.
Something i have never prepared for.


So there we go, for hairdo and make up. 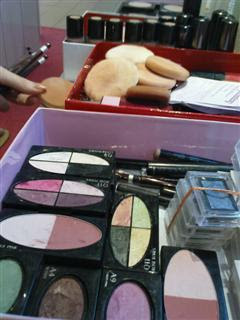 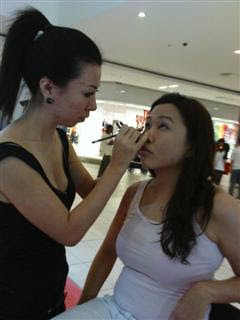 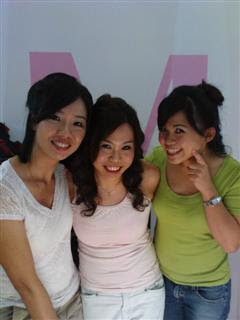 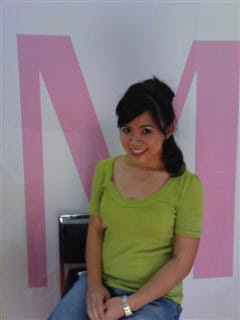 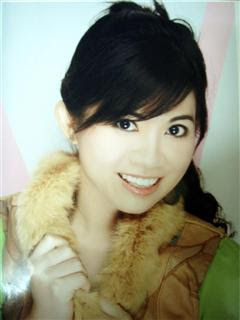 And the end results looked something like this.
Nothing great huh?

I thought that they were a bit stingy for not giving us the softcopy of the edited picture. I had to pay RM50 for the CD? come on!! I wont! why should I? I have already paid!!! WHY must I pay so much when I have already spent so much!??
Anyway, it was just for the fun of it, and I already took my own 'funny' poses.

We could only choose 1 picture out of the ~10 poses they took.
So, I ended up taking pics at home before I wiped away the make up.

Who says only teenagers can act cute? LOL.
Even aunties can have their own version of kawaii poses. 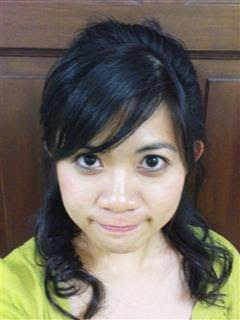 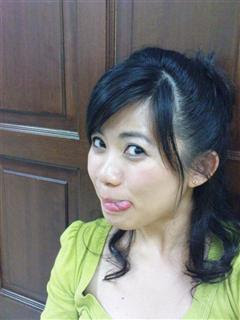 meiyi said…
Simply: RM150 (Rm120 voucher redeemable for Shiseido products and Rm30 for the cost of the makeover/hairdo/photo)