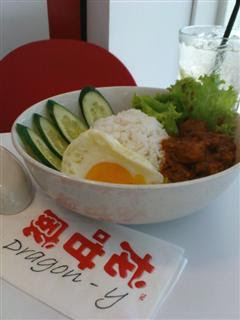 They had the huge banner RM4.90/per meal that attracted me.

I remembered receiving their opening promotion emails then, and I found that their food is kind of expensive. (I try to limit Rm5/meal for myself)

So, there we go.
We parked at Sunshine Square (at least I could do some window shopping after that) and walked to Suntech for Dragon-Y.

It was Tuesday.
Place was pretty warm as we entered. I think that they try to consume less electricity.
Some of us ordered the La mien and the other was curry chicken.
RM4.90 + RM1 drink
What caught my eyes were the sesame seeds on the eggs and geizhi soup. 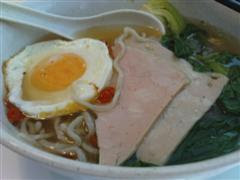 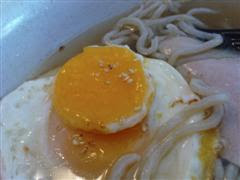 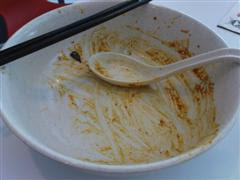 Nice or not.
You judge la.
La mian - so so only.
But someone left an empty whole bowl of Curry chicken rice.
Then another had to rush to the toilet several times after the La Mian got digested.